Should Your Business Accept Bitcoin Payments? 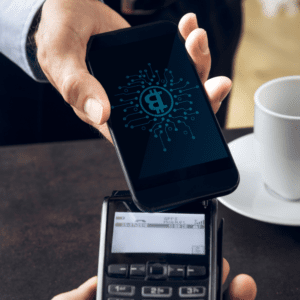 The payments ecosystem is complicated enough as it is. Throw in the growing prevalence of Bitcoin and other cryptocurrencies and you can’t fault business owners for feeling anxious. Nevertheless, businesses are considering getting into the Cryptocurrency payment ecosystem. Wider adoption of cryptocurrency and a growing number of Bitcoin payment gateways make accepting payments far easier, even as risks and concerns remain.

Research Indicates Cryptocurrencies Are Not a Fad

A major point of hesitation for businesses with accepting or rejecting cryptocurrencies is the lingering fear of the fad. In his 2017 article, “I Was Wrong About Bitcoin. Here’s Why,” New York Times writer Kevin Roose recounts the cost of his misgivings. Roose bought a single Bitcoin in 2013, only to sell it a week later at a loss. In the article, he explains that the same Bitcoin would’ve been worth over $15,000 at the time of publication.

Fast forward to mid-2022. At this time of writing, Bitcoin is fluctuating at around $20,000 per coin. Roose pointed to several reasons why he and others got Bitcoin wrong:

Roose’s self-reflection has aged fairly well, with two exceptions. Regulators are starting to crack down on Bitcoin, at least in terms of taxing sold coins as an asset similar to other securities. The other incorrect prediction was in the idea that Bitcoin is devoid of everyday use. That’s currently as true right now as it is with other traded securities. But many see Bitcoin’s future as an everyday-use currency and more common retail chains are accepting bitcoin at their point of sale registers.

A 2021 Citigroup study notes that “a focus on global reach and neutrality could see Bitcoin become an international trade currency.” Citi doesn’t suggest an exact timeframe on when this could happen. But without a doubt, the blockchain-based currency is rapidly becoming mainstream in global commerce. Bitcoin’s future would be extremely versatile, especially for businesses accepting payments from international travelers or online.

Most businesses accept payments through any combination of cash, credit/debit cards and direct bank transfers. By far, the most expensive method (and the one consumers want most) is credit/debit card payments. Accepting cards requires an established relationship with either a payment service provider or a payment facilitator. And both require that you pay a significant percentage on top of your sales to accept those card payments.

Take Square, for example. According to its website, its fees include:

Those certainly aren’t cheap, although Square thankfully includes the credit card transaction fees in its calculation.

To accept Bitcoin or other cryptocurrencies, you’ll need a completely separate gateway. This is both good and bad. On the one hand, some cryptocurrency gateways (like Coinbase and Bitfinex Pay) require no fees. Given Square’s 2.6% and higher off the top, the zero-fee policies of these gateways are fairly attractive.

Nevertheless, setting up multiple payment gateways on your website can get complicated and costly. Payment gateways are also a prized target for hackers because they’re third-party tools, which subject you to additional security risks. The more gateways you have on your website, the bigger a target you’ll become.

Furthermore, there’s the issue of regulation. Credit and debit card payment gateways are heavily regulated in multiple ways, including the security standards they’re required to use. This falls under the Payment Card Industry Data Security Standard (PCI DSS), against which payment gateways must measure their systems.

Regulations for Bitcoin or cryptocurrency payment gateways are still being developed and refined. That said, blockchain technology has inherent security benefits that some researchers and industry observers believe could make it a more secure payment method compared to credit or debit.

Additionally, because Bitcoin operates more like cash than a card payment, chargebacks are impossible with payments made via crypto payment gateways. That’s another thing to consider, especially if you operate a business where chargebacks are both common and expensive.

As we mentioned earlier, several major payment gateways advertise zero fees to partner businesses. Others, like BitPay, charge just 1%, which they allow you to pass on to customers. That’s still less than half the fee assessed by traditional credit and debit card processors.

But there’s a downside, especially when international transactions are involved. Not all payment gateways convert cryptocurrencies into local currencies during the invoicing process at the point of sale (as they do with traditional currency). BitPay and several others will do this for an added fee. Others, however, will shift that money to your business’ cryptocurrency wallet, where you’ll need to independently convert that payment into USD or other local currencies—for an added fee, of course.

There are risks to the latter. Cryptocurrency values are still highly volatile, even as they’re mostly on an uptrend. It’s not uncommon for Bitcoin and other crypto values to drop double-digit percentage points in a single day, and then take days to recover. This can negatively impact your cash flow if you’re hoping to convert those payments in the short term.

Holding Bitcoin too long without converting and transferring it to your bank also creates another issue: digital wallet security.

Your business can hold Bitcoin and cryptocurrencies in either physical storage media (e.g., on-site hard drives), or in online digital wallets. Neither is fully secure, and losing access to your cryptocurrency wallet is permanent.

Unlike money transferred using local currencies, Bitcoin is not FDIC insured. As such, a lost or damaged hard drive holding your Bitcoin means that money is lost forever. Additionally, if a hacker cracks your online wallet and steals that money, it’s gone for good unless you have cryptocurrency insurance (yet another expense).

Since we’re on the topic: Yes, hackers are actively targeting cryptocurrency accounts. Considering the increasing value of cryptocurrencies, this is a no-brainer for hackers. While blockchain currencies themselves are secure against tampering due to how blockchain works, the wallets holding those currencies are constantly at risk of theft. In 2020, hackers stole nearly $3.8 billion in cryptocurrencies.

Of course, with the inflating value of Bitcoin and other cryptocurrencies, the loss values represent fewer and fewer whole Bitcoins. The emerging ability to trade in fractions of coins is partly what has made Bitcoin a more versatile payment method. It’s also why any business accepting crypto and storing that crypto in wallets should be extra concerned about protecting that data. Knowing there are more wallets out there to steal, hackers will increase their efforts in targeting digital wallet accounts.

Accepting Bitcoin? Tread Lightly, but Do Make Plans to Tread

As you might expect, accepting Bitcoin or other cryptocurrencies as payment is not without risk. But it’s not all risk, either. Benefits include zero or low transaction fees and the potential for profit by leaving those currencies to grow in exchanges.

Cryptocurrencies like Bitcoin are a mixed bag from a cybersecurity perspective. The blockchain is tough to crack, but the wallets themselves are a lucrative target. Your business will also need to consider how protected you are when accepting Bitcoin or other cryptocurrency payments. Because they don’t use traditional payment networks, accepting cryptocurrencies means establishing separate payment systems that could leave you without the payment system security (PCI DSS) and financial security (FDIC) you’re used to.

There’s some hope that these Bitcoin payment system providers can establish themselves as banks and gain FDIC insurance for customers. A large question mark exists over that possibility, however, so don’t make it part of your current decision-making process. Until then, tread lightly with accepting Bitcoin and other cryptocurrency payments while exploring your options. Also consider polling your customers or clients to gauge their interest in cryptocurrency payments.

If you do accept Bitcoin payments, follow top-level security standards. Payments that shift to crypto wallets should be maintained with strong, unique passwords. Currencies stored in physical media must be secured to protect against loss or theft. Consider Bitcoin payment processors that offer immediate exchanges to local currency at the point of sale. Although you’ll lose the opportunity to earn gains on the cryptocurrency through coin exchanges, you can treat the transaction more like a traditional card payment.

Finally, talk with experienced IT professionals when considering Bitcoin options. They can assess the security and capacity of your technology to help you make the right choices for your business.

Operating lease information will soon be moving from the footnotes of your financial statements right onto your balance sheets. See how ASC Topic 842 will affect your financial reporting. http://CVSoci.al/EmZBdPGY

For the 13th STRAIGHT YEAR James Moore is one of the nation’s top 200 public accounting firms according to Inside Public Accounting! This year our rise continues as we hit 155 on this gold standard list. #publicaccounting http://CVSoci.al/CRc3MmrE

The #1 question our higher ed CPAs get about GASB 87 is whether copier leases should be recorded. Our Q&A on the topic includes common examples that can help your institution stay in compliance. http://CVSoci.al/bgtIQerO

If your #construction or #contracting business doesn’t have a strong onboarding program, it could mean a confusing environment for new employees—and a stronger chance they’ll go elsewhere. Read about the must-haves for your onboarding process. http://CVSoci.al/VDvf1YKB

Is your organization ready to implement the new lease accounting standard? We can help—check our lease implementation service packages. http://CVSoci.al/JJSEzWlE