Think Your Business is Too Small to be Hacked? Think Again. 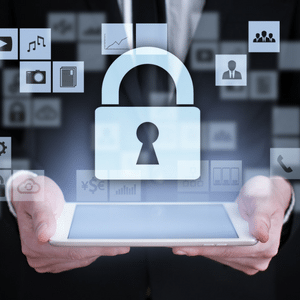 Despite high-profile digital security breaches showing up in the news nearly every week, most people assume they’re safe from attack. The thinking goes that while Fortune 500 corporations like J.P. Morgan, Sony, Tesco Bank and Target have lost millions of dollars in data breaches in recent years, my business is far too small to justify a hacker’s attention… right?

Wrong. In fact, it’s quite the opposite. According to StaySafeOnline.org, attacks on small businesses now account for over 70% of data breaches, a number that appears to be on the rise. Close to half of small businesses have been compromised, ransomware attacks alone have skyrocketed a whopping 250% since 2016, and incidents of phishing have followed suit, as reported by Media Planet. So if you think your business is too small to be hacked, then you’re probably a cybercriminal’s number one target. In a world of rampant cybercrime, hackers thrive on such blind faith.

Owners of small businesses might be excused for erroneously believing themselves safe. After all, the hundreds of little guys paying out thousands of dollars in digital ransoms every day are a lot less newsworthy than the CIA’s recent hacking by the mysterious Shadow Brokers, or the 143 million sensitive customer records stolen in the recent Equifax fiasco. The lack of visibility of the more frequent, smaller-profile incidents plaguing the country can easily lull us into a dangerous false sense of security.

But why would a team of hackers zero in on a small-town operation when they could be targeting a giant like Google? Well, which building is a petty thief more likely to target—the bank in the center of a busy downtown, packed with security guards and high-tech theft prevention equipment? Or the house in an affluent part of the city, which the owners always keep unlocked while they’re on vacation?

Make no mistake—these hacker gangs aren’t boosting a couple flat screens and a box of jewelry. They’re gutting small businesses with ransoms that stretch them to the very edge of their means (as much as $256,000 for a single attack, according to one TechRepublic analysis).

Of course, any small business owner will struggle to afford the security measures implemented by giant corporations. However, there is a balance to be struck between affordability and vulnerability. With just a little research, it’s actually quite easy to find an array of robust and comprehensive digital security solutions to protect your company. Such programs can turn your business from low-hanging fruit into an impenetrable fortress.

Even if you’ve somehow managed to make it through the past few years without a data breach, statistics show that hackers will come for your business someday. With that in mind, it’s important to be prepared. Just because you haven’t had a life-threatening illness in the past two years doesn’t mean you shouldn’t have a wide-reaching health insurance policy. Just because your car hasn’t broken down since you bought it, doesn’t mean you shouldn’t regularly change the oil and invest in car insurance. And just like your body and your car, your network security requires regular maintenance and upkeep to stay effective and healthy.

You should also invest in high quality, proven security products. If you grab your security software from the bargain bin, install it and forget it, you’re only marginally safer than you were before installing the barrier in the first place. Cyber security isn’t something you purchase to check off a box and give yourself imaginary peace of mind; it’s an investment in your company’s future, the safety of your customers, and the longevity of your livelihood.

If your business isn’t too small to attract the attacks of hackers—and we guarantee it isn’t—then it’s certainly precious enough to protect. By being equipped with a set of up-to-date, powerful security protocols, you can rest easy knowing cybercriminals that come for your business will go away empty handed.

The Consolidated Appropriations Act (CAA) includes a multitude of tax provisions that could help you save on your return. Here’s a rundown of what’s available as told by JMCo tax partner John VanDuzer in our recent webinar.
#TaxImplications http://CVSoci.al/mKMSOWX0

While the Affordable Care Act has been the subject of fiery debate and attempts at repeal over the years, it’s still in effect. As we start 2021, let’s review the basics of the #ACA and the most recent updates to required forms. http://CVSoci.al/EI-JN93q

If your medical practice has applied for Phase 3 PRF funds, payments could be on the way! Find out more and get the latest on reporting dates. #Phase3 http://CVSoci.al/kv38Ss4o

If you sell real estate investments at a profit and generate capital gains, here are 3 tax deferral strategies you can use! #tax #realestate http://CVSoci.al/MOcMS42g