Microsoft Hack: What You Need to Do Right Now 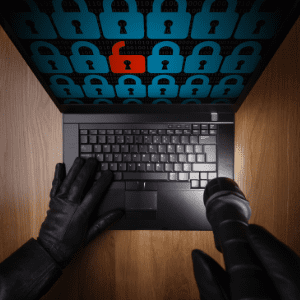 A recent cyberattack on Microsoft Exchange Server is believed to have impacted as many as 250,000 email servers covering nearly all business segments and sizes. If you have Microsoft Exchange connected to the internet, you are likely impacted.

The hackers, who were linked to a Chinese cyberespionage group, initially exploited flaws in Microsoft’s Exchange software to target specific organizations and break into email accounts, read messages and install unauthorized software. They later changed tactics and began using automated software to scan the internet for vulnerable Exchange servers and infect them, according to Steven Adair, founder of the cybersecurity company Volexity, Inc. (one of the firms Microsoft credited with reporting the issue).

The victims are primarily small to medium-sized organizations because many of the larger ones either don’t run some of the Exchange components that include these flaws or limit access to Exchange by using security tools such as virtual private networks, according to Vikram Thakur, a security researcher a Symantec.

Symantec states that users of Microsoft’s cloud-based Office 365 product are not impacted by the hack.

The exploits not only allow a user’s email to be read, they also permit the attackers to install other software on your server (including software giving them remote access to the email server). This in turn allows them to use it as springboard to the rest of your network.

Here are the steps you must take now to protect your system.

While it might be possible to clean malicious software from the server, the best protection is to either restore from backup prior to the attack or build a new email server and migrate your mailbox data to it. In either case, ensure your email server is fully patched with the latest Microsoft Security patches and Microsoft Exchange is updated with the latest cumulative update before allowing it back on the internet as a mail server.

James Moore’s Technology Solutions Consulting is well versed on this incident and others like it. Please contact us if you need assistance recovering from this attack—or preparing for the next.

To honor and thank those who made the ultimate sacrifice when defending our nation, all James Moore offices will be closed on Monday 5/30 for Memorial Day. Technology Services Consulting clients with emergency issues can call our Help Desk (800-455-5676).

Join the team that builds our team! We're hiring an Administrative Assistant (Recruiting) to work on day-to-day HR/recruiting department activities. It's an exciting job at an exciting time of growth in our firm. Check out the listing and apply today! http://CVSoci.al/AvyNn6DH

If part of your job includes hiring and onboarding new employees, this episode of HR in a Minute is critical as Julie talks about Florida’s new hire reporting process. Watch now to make sure you’re following the rules! #humanresources #HR http://CVSoci.al/rF2XrJSa

Don’t forget our 2022 Government CPE Series! We’ve only just begun cracking the surface on the topics affecting you the most. Check out the list of remaining sessions (we’ve got plenty!) and register now for your favorites! https://bit.​ly/3ybdcty http://CVSoci.al/xVoj7k6Q

How do you manage a team that spans multiple generations? It’s not easy, but it can be done! Learn how on May 25 at 2pm in Managing the Workforce Generations, this week’s webinar in our 2022 Government CPE Series. Register now! https://bit.ly/3kC5rVz